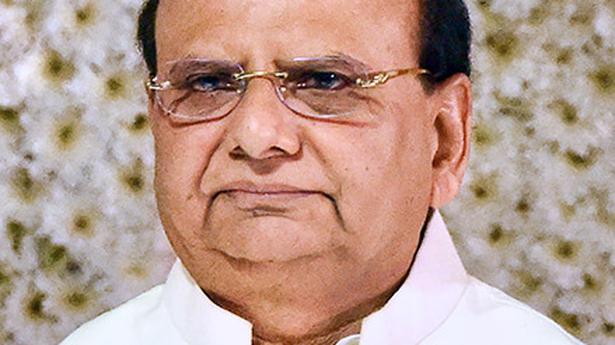 Non-payment of property tax by 75% of residents causing distress to the civic body: Saxena

Non-payment of property tax by 75% of residents causing distress to the civic body: Saxena

Lieutenant Governor Vinai Kumar Saxena on Wednesday called on Delhi residents to come up with suggestions to improve the poor financial health of the Municipal Corporation of Delhi (MCD). He tweeted that the public should “honestly” pay their dues to the civic body to maintain its revenue stream.

Mr Saxena said that although the civic body provides services to 94% of the capital’s areas, past financial mismanagement and non-payment of property tax by 75% of residents have resulted in that the financial situation of the civic body “remains in the red”. .

Nearly 98% of the city’s population resides in areas under the jurisdiction of the MCD. “We [MCD] have to pull up our socks and increase our internal revenue from our sources. Higher property tax collection will improve the situation, but we will have to explore all sources of revenue,” a senior MCD official said.

Prior to the merger of the three former municipal corporations, recurring delays in the payment of salaries to employees of the northern and eastern corporations led to frequent strikes and service interruptions. The merger, according to city officials, was seen as a solution to MCD’s growing financial distress as a bailout was expected from the Centre. The situation, however, has only worsened as ambiguity remains over how financial liabilities will be cleared, officials said, adding that the latest focus on increasing internal revenue has only that dash their hopes of a bailout in the future.

Over the past week, Mr. Saxena has solicited suggestions and solicited public participation in addressing issues that affect the public, including cleaning up landfills, improving air quality, the daily discharge of sewage in Yamuna and the shortage of water in the city.