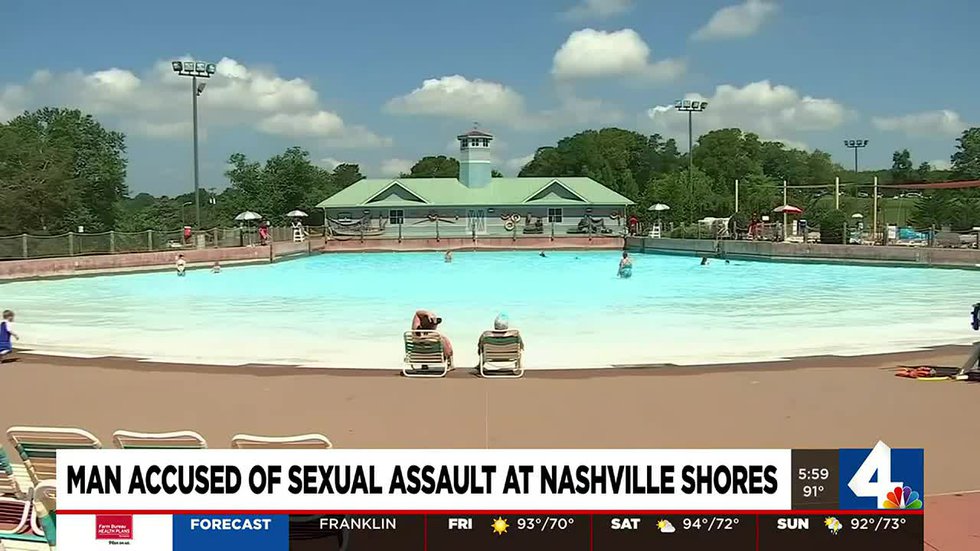 Police said the girl told them after the man grabbed her private part, she yelled “No”, got out of the pool and told someone what had happened.

Dr. Lisa Milam, a forensic social worker at Our Kids Center at Nashville General Hospital, said the girl did the right thing in the incident.

“I think that’s what happened in Nashville Shores is that we have a kid; I don’t know how old this child is who could tell right away. And that was the first really good thing,” Dr. Milam said. “The second really good thing is that the adult she spoke to responded appropriately and stepped in, protected her and helped her,” she added.

Milam said that when it comes to sexual abuse or child molestation, it’s essential that parents tell their children that they should always speak up and report it to someone.

“Communicate to your children; it’s good to say it. Because that’s what safety is,” said Dr Milam. “Safety is really having a place to go for help when you’re injured and when you need help. When children feel safe, it allows them to contact a trusted adult or someone who believes they can help them,” she added.

Gilberto Perez was the man arrested by the police.

Police say Perez first floated behind the girl on the lazy river. When she moved to the wave pool, the girl told police that Perez had followed her there. It was then that the child victim said he touched her inappropriately.

“But you want to start with young children, giving them names, what are the names they use for the private part of their body and giving them information that if someone touches one of those parts of the body or don’t do something that doesn’t feel good, it’s good to tell it and give them people they can tell,” Dr Milam said.

The affidavit says the victim and his younger brother identified Perez to Nashville Shores security, and security held him until police arrived on the scene.

For children, Dr Milam said parents should communicate the idea that it’s not their fault when someone touches them inappropriately.

“What’s important for all adults, when you’re with children, is to be aware of people who may be acting in strange ways, whether it’s following a child or paying special attention to a child who is clearly not theirs,” Dr. Milam said. “Any adult who harasses or attempts to isolate a child in any way. And that’s true whether you’re in a public place or in everyday life,” she added.

The safety of our guests and employees is the number one priority at Nashville Shores, and we take these matters seriously. Our internal security personnel and off-duty officers were notified of the alleged incident and were able to detain the suspect promptly until Metro Police arrived. We are cooperating with the police in the investigation.

Dr. Milam reminds adults of an obligation in the face of sexual abuse of minors.

“Anytime you have a concern or suspect that a child may have been sexually abused, whether it’s something they saw or a child told you, the law requires you to report at the Department of Children’s Services,” she said.